By browsing our site you agree to our use of cookies. You will only see this message once. 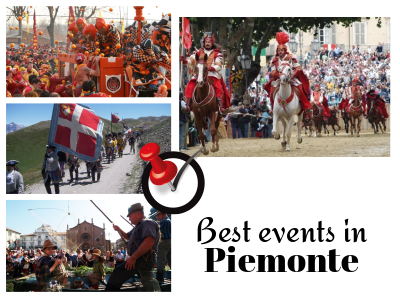 The best events in Piedmont

Piemonte is an italian region rich of history and traditions. The industrial revolution Italiana was the protagonist in Piedmont and the Fiat has represented for many years and still represents the largest Italian company. The Olivetti founded by the enlightened Adriano Olivetti was one of the companies a precursor in the computing world. In addition to the industry in this region stands out the gastronomic vocation, with precious wines of Alba, Asti, Barolo and Barbaresco, with the Roero, and under the food profile you can not forget the presence of the University of taste and Slowfood. In the area of Vercelli are famous rice paddies with fields flooded by water diverted to the river Po, where you cultivate valuable varieties such as Vialone nano rice arboreal, Carnaroli rice. Famous is the production of chocolate and hazelnuts.

Piedmont is characterized for its cultivated hills, its mountains with the famous ski slopes of Sestriere and Monte Rosa, its lakes, the largest of which is the Lake Maggiore.

Among other events of Piedmont, the battle of Assietta is the reenactment more famous. every third Sunday of July is celebrated the Feast of Piedmont, and brings up the representation of the battle that prevented the French conquest. From Saturday to Sunday evening intertwine historical moments to festivals, traditional music and dances and distribution for all of the polenta cooked in the camp of the Alpini. The Historic Carnival of Ivrea is an event unique in its kind, mixing folklore and evocation: All participants have the duty to wear a red berretta (Phrygian cap), revolutionary icon sansculottes Parisians, given that the feast also paid tribute to the ideals of the French Revolution imported in Piedmont. And thinks for not wearing the red berretta is becoming targets in the battle of the oranges, the event within the event in the streets and squares during these three days of carnival.

on the third sunday of the month of September it runs the Palio di Asti, today in the central Piazza Alfieri. The event has medieval roots and celebrates the patron saint San Secondo and the various districts. The horse race mounted to fur, i.e. without a saddle, is the climax of the celebrations, which will also contain very foklore, music, dances and happiness. Also the Grape Feast of Caluso and l'Siege of Canelli they deserve special mention among Events Piedmont more famous.

between events now recurrent and which have joined the tradition, the Salone del Gusto of Turin, and the review 'Cheese" with the excellence of Italian cheeses and international Bra, are the declination of the Slowfood.

Piedmont has a great tradition of popular festivals and folklore. Countless are the festivals that are organized and curious is the event Festival of Festivals, which takes place at Asti the Second Sunday of September And that brings together in one day the gastronomic traditions premises. 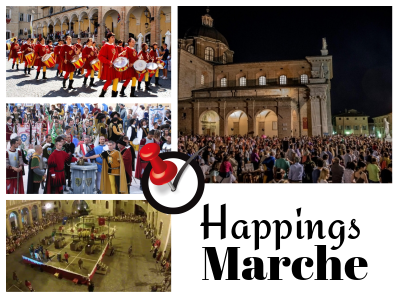 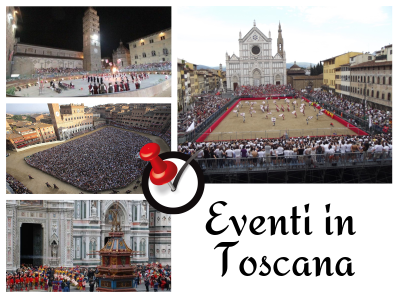 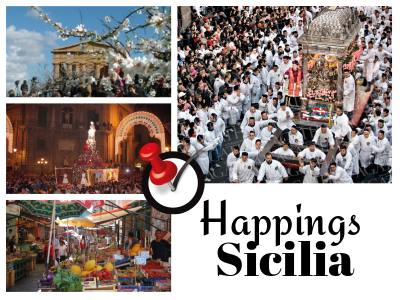 Happings use is very intuitive and is 100% FREE to use. The map shows all the events around where you are, in a radius of 100 km. You can search and organize them into itineraries ...

Learn how to make viral marketing to your events.

Just a few clicks to create the page of your event:

Create together your advertising strategy guide you step by step in the choice of channels, and build with you the advertising campaign to publicise your Event and your offers a new users and new customers. Landing page sharing on the profiles social, campaign display to obtain more than 6,000 click and 70,000 Views (Certified by Google).
READ ALL